The Rise And Rise of Ali - Planet Wealth
Skip to content

Articles The Rise And Rise of Ali 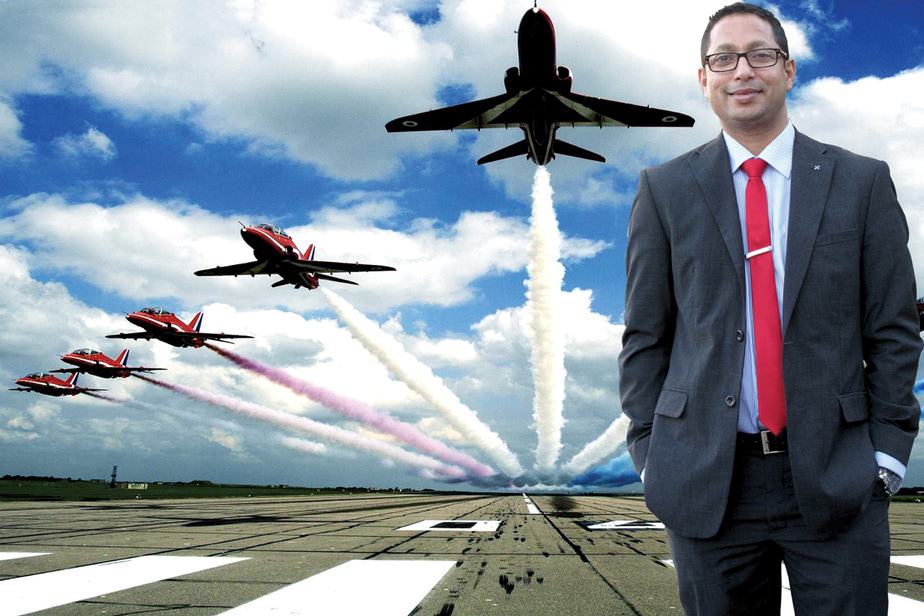 Our Principal Financial Planner, Anwer Ali Mohammed is featured in The Indian Weekly, one of the prominent Indian Australian weekly magazines. More

From a technician in the Indian Air Force to leading sales manager with Apple to being nominated as a rising star among young financial planners in Australia – consider the amazing trajectory in the career of Andhra boy Anwer Ali Mohammad. By Indira Laisram

Growing up in Srisailam, in Kurnool district of Andhra Pradesh in Southern India, Anwer Ali Mohammed’s encounter with the perils of wildlife sound like something straight out of a movie. By 9 pm every night, a routine warning within his family meant no one would step out of the house for fears of wild animals lurking in the dark. Srisailam is home to the biggest tiger reserves in India. But it is here that he spent 17 years of his life. After his intermediate studies, Ali left this quiet, sleepy town to join the Indian Air Force as a technician. The year was 1988.

How Ali got enthused about the Air Force was after seeing a big advertisement of aeroplanes and men in uniform in one of the leading daily newspapers. His father was an engineer at the Srisailam Project and he had three other siblings. Ali was in a hurry to start his career. He recalls his mother, who was unwell at that time, giving him Rs 30 (less than one AUD) for him to go to Hyderabad to write the entrance test. It was those days when phones and emails had not set in. So Ali, without warning, landed at the doorstep of his friend after buying a bus ticket for Rs 11. For the next three days, he was changing two buses to go to the Air Force station in the outskirts of Hyderabad to write the exam for the post of a technician. At end of the three days, all he remembers is getting a piece of paper which had ‘Selected’ written on it in pencil.

Back at Srisailam, it was exactly after 10 days that he got a joining letter by post. Ali left for Hyderabad for the second time where he was put on a train to Chennai. “And that’s where my journey began.”

Ali’s Air Force training began in Chennai. He then lived in Delhi and Bangalore for the next several years. As a ground technician in Air Force flights, he was flying eight hours every day all over India. Sitting in the flights for these long hours regularly gave him ample time to read. So he enrolled in long distance learning and started studying to fill those hours inside the flight. The result: he completed his Bachelors of Arts and Masters in Public Administration through Osmania University and also an MBA in Sales and Marketing through Indira Gandhi National Open University.

Ali’s stint with the Air Force lasted exactly 11 years before he took voluntary retirement because of his over-qualification for his post then as a technician. “I signed up for 20 years but in 11 years I had to resign because I was too over qualified.” But it was in the Air Force that he says he learnt some of the best values of hard work, discipline, critical thinking and teamwork. “The discipline they taught us is something we can apply throughout our lives. You have rules and regulations on every aspect of life. You become more ethical. Teamwork is very important. You learn to work hard. “We had no nine to five routine. It was a 24X7 job.” These work ethics would stand him in good stead. Besides he also developed strong bonds of friendship that he cherishes to this day.

Few years before he retired, Ali tied the knot. After retirement, he chose to relocate in Hyderabad. “The idea was to stay close to my hometown and look after my parents.” Having lived quite a socially cut off life in the Air Force, he wanted to make the most of his civilian life. “Of course, it was an honour that I got to serve the country but I also missed my family and friends.”

It was in Hyderabad that Ali started a brand new career foraying into sales and marketing.

“I worked in a small company in sales for six months.” After that he moved to Apple, which at the time was mainly into the distribution of products and solutions for the film industry. “I was hired because I was apparently not the run-of-the-mill salesman. I had a background in Defence which meant my credibility was really high,” he says.

But it was not easy. He had to prove his mettle with concrete results. “They showed me a room and told me ‘You are the salesman and the CEO here, if you don’t show results in six months, you are out’.” And prove he did. Soon Ali became the branch manager, he had more than 10 people working for him and the branch started performing really well. He would stay in the company till the end of 2003.

The career in sales did a world of good for Ali. For one, he says his communication skills really improved. “I also liked being in the midst of people and made a lot of good contacts especially with celebrities since our job was to provide solutions for editing films. The movies were edited on a software called Final Cut Pro. I used to meet actors and directors like Sanjay Dutt and Puri Jagannadh quite regularly,” he says with a smile.

In the course of this very busy career, Ali and his wife were blessed with twins. But he was putting so many hours and meeting people till late at night that work-life balance was something he was missing out on. So when his brother who was settled in Australia came to India, he put forward the idea of him migrating to Australia for a better quality of life. But Ali says,

“I didn’t want to move here because I was settled in my life in India.”

However, Ali’s brother succeeded in persuading him. In 2004, the next phase of Ali’s life began in Australia. The stakes were huge. He had a family to support, his English was not very good but he took up the challenge full on. Banking on his sales background in India he went to Harvey Norman for a job interview but was rejected. “I was told my technical knowledge is good but English was not.”

“The first company that hired me was Sign a Rama, that has been at the forefront of the signage industry with huge franchises (probably 100 stores in Australia). I had to go distribute signs and get orders from shops, offices etc. We were earning just about enough to survive.”

Ali injected life into the business. Asked how he succeeded, Ali says, “The best thing is don’t be a salesman. I don’t try to be pushy. If you are honest and whatever you sell is in the best interest of the client, the client will come back to you. Of course you need to find out what the client needs and suggest accordingly. You can either do a one-time transaction or build up a relationship.”

In this way, Ali went further in his own career. Ironically, the first company that rejected him also offered him another job. He became a leading salesman at Harvey Norman at Nunawading but the day they offered him a promotion was the day he resigned.

I wanted to do something else. I had started working part time in insurance industry and wanted to own my own business.

In 2009, Ali registered his company, Planet Insurance and Financial Planning, and started operations in 2010. “My business is financial planning. I run my own practice and help clients achieve their financial goals. We follow a seven-step process and find out their existing situation and prepare a strategy and make sure they are comfortable with it and implement it and then review it periodically.”

Today, Ali is a successful financial planner. His company boasts of over 1000 clients. In 2011, the Association of Financial Advisers nominated him as one of the finalist for Rising Star of the Year award in Australia (equivalent to young financial planner of the year).

When I started the business my back was to the wall and failure was not an option. It took a lot of hard work, commitment, dedication and prioritizing the needs of my clients to get where I am today. You just take calculated risks in life to be successful. If you don’t take a chance you are safe, if you don’t work out of the box you will be comfortable, but you will not grow.

Ali says, in Australia, less than 20 per cent of people have access to financial advice. And that is because there is not enough awareness of the importance of insurance and financial planning to secure their future, he observes.

“My job as a financial planner is not just to provide advise in life insurance, superannuation, retirement planning or investments, but also to motivate people to aim for something bigger, to be more focused to achieve greater success in life.”

Ali conducts seminars and information sessions in financial planning from time to time within the local community groups.

Asked if life in Australia has been good, Ali quips, “When you have lived life in the Air Force in India, Australia is heaven.”

But there is the desire and the drive to succeed even further. “A major motivating factor in migrating to Australia was to give a better life to our children. Settling down in Australia means coming at the cost of separation from his family, friends and country”.

“So we need to aim big and achieve greater heights of success to justify the sacrifices we have made to move here.” Ali has a vision for a bright future for himself, his clients and the community.

Schedule A Callback
We're here to help. Tell us what area of financial service you are interested in and we will get back to you soon.